For those of you looking for the Cross Collaboration story, click on the picture.

The Guys Get Shirts!

Two of my grandkids from California visited us for three weeks this summer.
We played a lot of RockBand (tm), on the Xbox-360.

We got to be pretty good in the online competition. Out of 99,000 ranked bands, we placed in the top 100 on the Leaderboard with several songs. Two of the songs we played actually made it into the Top 20.

Since we are mostly from the Spud State, we call our band "Spudders".

(Click the picture to enlarge it.)
Three generations are represented here: Mrs. Geezer is standing with Donovan, Trish (my daughter) and Steve. I'm in the front row with Stevie.
Everybody plays all the instruments but usually Mrs. Geezer and I sing or play Bass, Trish and Donovan trade Drum duties while Steve and Stevie are our Guitar players. Stevie is only 8 but she plays guitar on the Expert level.
Yes, I am the Weakest Link.

Steve took the group picture of us and Photoshopped it in front of one of the many pictures I have taken of the power poles by our house.

RockBand is a great game for families but some of the songs have PG-rated lyrics.

*The title of this post comes from the famous recording of Mr. Paul Anka reaming out his band and the stagehands.

Full Disclosure: I was Paul Anka's Lightman on 3 separate road tours in the U.S. and Canada.

Update: I have to give Michael credit for coming up with the name Spudders.

UPDATE: Congratulations to Steve and Trish. They have completed the Endless Setlist: 58 songs in a row without stopping. They got Five Stars on every song. It took about 6 hours of playing.

Cathy, over at Innocent Bystanders, posted something that reminded me of my Stage Lighting Days in Las Vegas.

Man Plays Piano With His Balls.

I have fond memories of Wally Eastwood, who billed himself as the Fastest Juggler on Earth. He taught me how to juggle 5 balls and 4 clubs. Nope, I can't do it today, juggling is something you have to practice to keep your skilz. I can still juggle 4 balls or 3 clubs pretty good though.

One of my prized possessions is the 3 professional juggling clubs that Wally gave me. He even autographed them.

Mrs. Geezer and I attended his wedding in Vegas. He's a really nice guy who married a very sweet girl. They have twin daughters, who he brags about during his shows.

Here's Mrs. G, holding the clubs over her latest Stained Glass project. It's a 45 x 33 window that will recreate a photograph that her client took in New Zealand.

The top photo of Wally was taken by R. Scott Hooper. He has done a lot of photography for Playboy. Go check out his excellent photos.

Flyin' Brian used to fly the CALSTAR (CALifornia Shock Trauma Air Rescue) Flight-for-Life helicopter in Lake Tahoe, Nevada.
It was a Bolkow BO-105. He said it was a sturdy, powerful helicopter and fun to fly.
Here he is landing on the little cart that they use to move the helicopter inside the hanger, to keep it warm for easy starting.

We visited the base in Tahoe and were treated to a ride over the lake.

Here's a wild clip of a BO-105, sponsored by Red Bull, doing stunts at an airshow.
http://www.madskies.com/170/red-bull-aerobatics/

This is one of my favorite Christian songs from the 70's. We actually got to see First Call live in Las Vegas.
About a year ago, my friend told me about a person he met at work who was from Africa. Somehow the song came up (my friend knew most of the words, as do I) This casual connection resulted in the guy and his family coming to our church.

Compare these two pictures I took a few days apart:

I took this picture this morning.
I was outside, freezing my fingers, at 7:30 waiting for the sunrise. This was one of the pictures I took.
When I looked at it enlarged, the cloud formation made it look like a lake of Fire.

Well it did to me.

It occurred to me that you might not realize that those are actually clouds.

Some of you will be needing a good Hangover Remedy today.

Hawks on a Pole

While standing at the kitchen window, fixing my coffee, I could see that there was going to be an award-winning sunrise. I grabbed the tripod and went out to capture the moment.

I could see the pair of red-tailed hawks on the closest pole so I took a picture of them.

The next time I looked, one of them had flown to the next pole to the south.
Doesn't this picture remind you of that movie The 300 ?

What is Your Real Age?

Here's a pretty fun test to determine your Real Age and your Life Expectancy.

How old are You?

Geezer in the Fast Lane 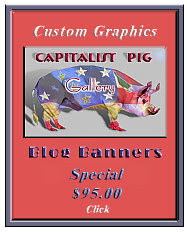 Full disclosure;
I've been offered a free firearms training course at Front Sight in exchange for posting these links.
Since I've already taken one of their excellent courses, I jumped at the chance to get a free one.